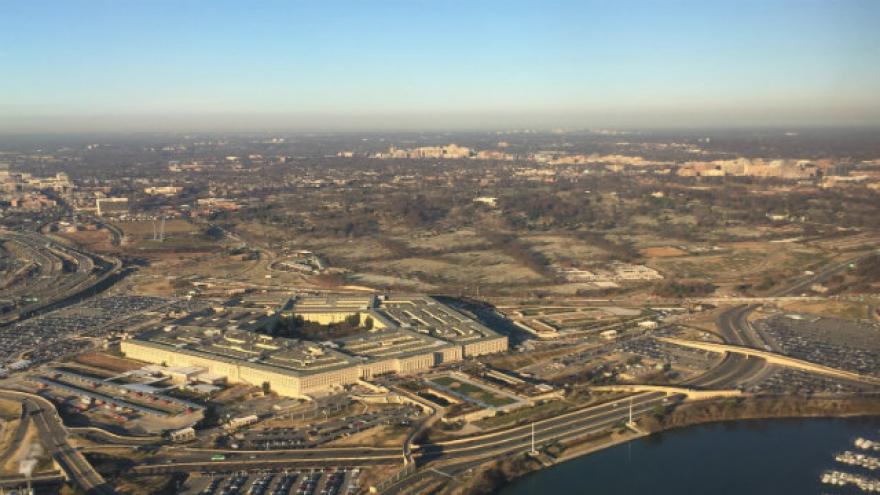 The Pentagon is asking for a major boost in military spending for 2019, requesting Congress approve a budget of $686 billion -- one of the largest in the Defense Department\'s history. Photo courtesy Mallory Hughes/CNN

(CNN) -- Citing increasing threats from China and Russia, the Pentagon is asking for a major boost in military spending for 2019, requesting Congress approve a budget of $686 billion -- one of the largest in US history.

Touting the proposal on Monday, President Donald Trump said the US military would be the strongest it has ever been, including "increasing arsenals of virtually every weapon."

The Defense Department's budget is $686 billion, an increase of $80 billion from 2017, which the Pentagon says is primarily aimed at countering Russia and China.

"Great power competition, not terrorism, has emerged as the central challenge to US security and prosperity," Under Secretary Of Defense David L. Norquist told reporters Monday following the unveiling of the budget proposal.

"It is increasingly clear that China and Russia want to shape a world consistent with their authoritarian model-gaining veto authority over other nations' economic, diplomatic, and security decisions," the budget document says.

Beijing is "using predatory economics to intimidate its neighbors while militarizing features in the South China Sea."

China "seeks Indo-Pacific regional hegemony in the near-term," the document says, but in the long term seeks to "achieve global preeminence" over the US.

The document follows confirmed reports of continued Chinese island building in the South China Sea, with facilities being constructed in the Spratly and Paracel islands and Scarborough Shoal. Just last week the office website of the Chinese People's Liberation Army (PLA) carried an article touting patrols of Su-35 fighter jets over the area.

The patrols of the long-range, twin-engine jets show the "PLA Air Force's resolution to implement missions in the new era and firmly maintain national sovereignty and security and maritime interests," the article quotes Wang Mingzhi, a professor with the Chinese PLA Air Force Command Academy, as saying.

The growth of China's air force -- on Friday, Beijing said its new J-20 stealth fighters, seen as a challenge to US F-22 and F-35 stealth jets, were now combat-ready -- is consistent with broader efforts to enhance its military capabilities. Last year, China added state-of-the-art warships to its fleet and and formally opened its first overseas military base in Djibouti.

The document says "Russia has violated the borders of nearby nations and pursues veto power over the economic, diplomatic, and security decisions of its neighbors."

Moscow is also trying to "shatter the North Atlantic Treaty Organization," the post-World War II Western alliance that has been the bulwark of security in Western Europe, the budget document states.

Russian military aircraft have been involved in several near collision incidents with US warplanes over the Black Sea and Syria in the past few months as Moscow challenges US influence.

And last summer Vladamir Putin ordered what analysts called an unprecedented display of Russia's military might, with a day of naval parades from Vladivostok in the east to St. Petersburg in the west, with additional shows in by Russian forces in Syria and Crimea.

The budget plan puts an emphasis on missile defense, with additions to systems that have been identified as key to countering the threat posed by North Korea's nuclear missile program.

It calls for the procurement of 37 Standard Block 1B missile for the Navy's Aegis missile defense ships and sites on shore.

In the Pacific, the Aegis system is deployed on more than a dozen guided-missile destroyers and cruisers that in theory could shoot down missiles fired by North Korea.

Plans for an additional 82 THAAD (Terminal High Altitude Area Defense) interceptors are also in the budget. THAAD caused great controversy when it was deployed to South Korea last year, including objections from China that it was destabilizing as its radars in South Korea could see into China.

The budget also calls for an increase of 20 additional missiles to the Ground-based Midcourse Defense system, which would intercept incoming warheads in space.

"Frankly we have to do it because others are doing it," Trump said. "If they stop, we'll stop, but they're not stopping. So if they're not going to stop, we're going to be so far ahead of everybody else in nuclear like you've never seen before."

The increase in funding also addresses Defense Secretary James Mattis' continued alarm over the degradation of the armed forces under the threat of sequestration, something the Defense Department as a whole has been warning about for years.

"I am very confident that what the Congress has now done, and the President is going to allocate to us in the budget is what we need to bring us back to a position of primacy," Mattis told reporters traveling with him to Rome on Sunday.

The proposal would add 25,900 service members to the military and further grow the force by 56,600 by 2023, allowing the Defense Department to fill in units, and recruit pilots, maintainers and cybersecurity experts, according to Norquist. Troops would also receive a 2.6% pay raise during the 2019 calendar year, in what would be the largest salary increase since 2010.