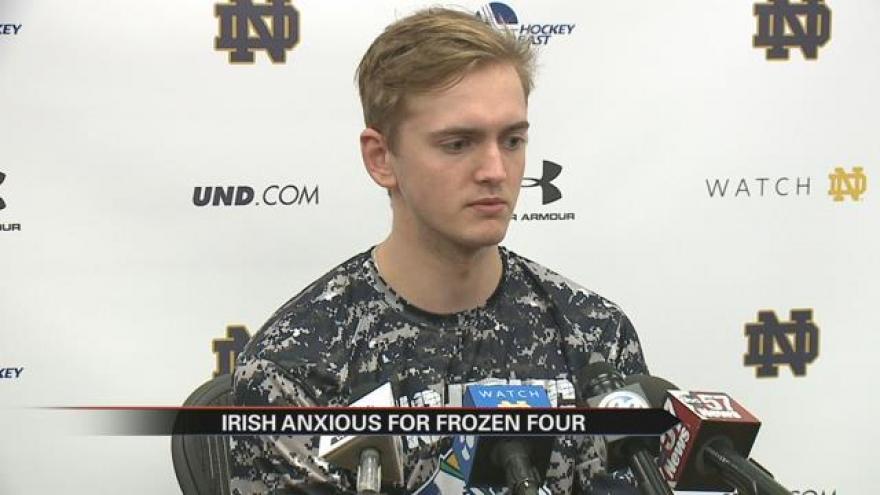 Notre Dame junior goaltender Cal Petersen as well as Notre Dame alum and current New York Islander Anders Lee have been named to the U.S. Men’s National Team that will compete at the 2017 IIHF Men’s World Championship on May 5-21 in Cologne, Germany, and Paris, France.

Petersen will become the 14th Notre Dame player to suit up for the U.S. National Team. Lee previously helped Team USA to the bronze medal in the 2015 IIHF World Championship in the Czech Republic. The previous 13 players to suit up for Team USA, including Lee, have combined for 18 U.S. National Team appearances. Most recently, Vinnie Hinostroza played for Team USA at the 2016 IIHF World Championship in Russia.

As a junior captain in 2016-17, Petersen led the Irish to their third Frozen Four appearance in program history. One of five finalists for the 2017 Mike Richter Award, Petersen was selected to the NCAA Northeast Regional All-Tournament team after posting wins over Minnesota and UMass Lowell.

Petersen finished the season with a 23-12-5 record to go along with a 2.22 goals against average, a .926 save percentage and six shutouts. His save percentage ranked third in Hockey East and 11th nationally, while his six shutouts tied for the NCAA lead. Petersen's 2016-17 numbers were compiled against a tough schedule that included 18 games against top-20 offenses (teams who finished the season ranked in the top-20 nationally in goals per game).