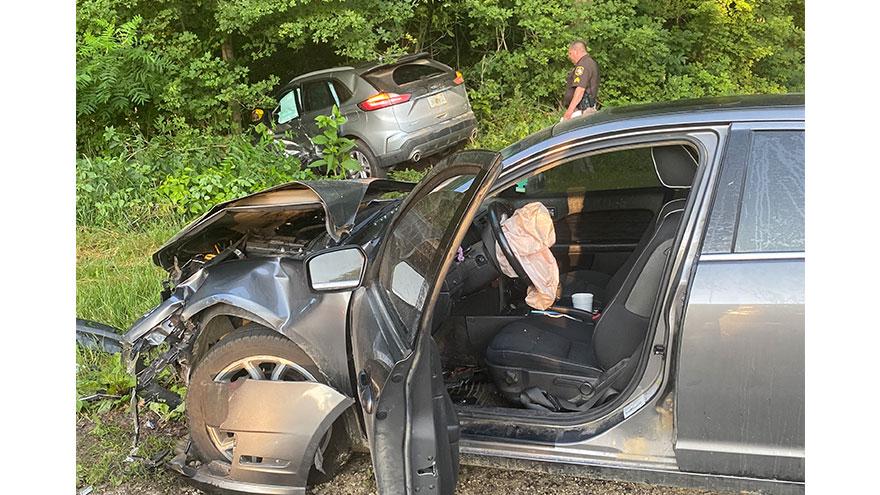 CASS COUNTY, Mich. – The Cass County Sheriff’s Department is investigating a crash that happened on Monday at 6:50 a.m. at the intersection of Penn Road and Dutch Settlement. A car was travelling south when it failed to stop, crashing into an oncoming vehicle.

Yocov Roness, a 20 year old man from New York, collided with Cassandra Jordan, 30, whom had her two year old with her.

Jordan and her child were treated and released at the scene without serious injuries.

Roness was transported to Borgess Hospital in Dowagiac for treatment.

According to officials, it appears everyone was using their seatbelts and no intoxicating substances are suspected.