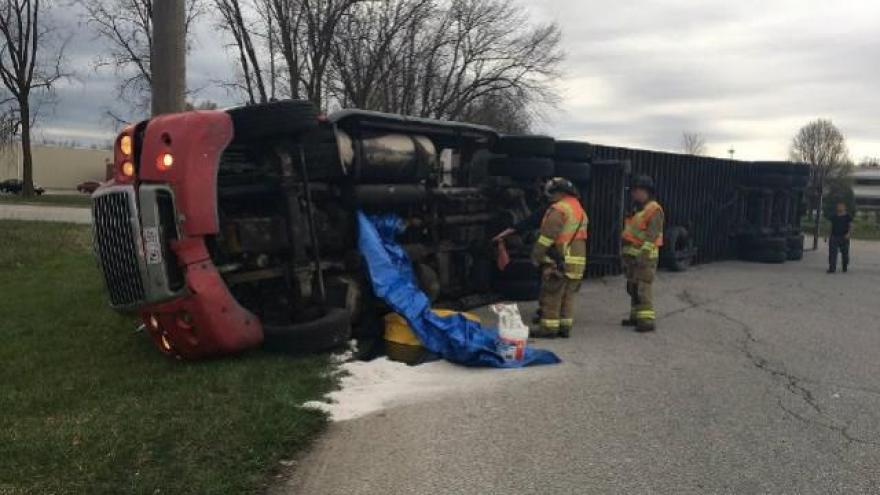 The diesel fuel that spilled onto the roadway from a crash brought out the Elkhart County Hazmat team Monday morning.

The crash happened at approximately 8:43 a.m. at the intersection of Middlebury and Herman streets, according to Elkhart Police.

Investigators report the semi-trailer, travelling westbound on Middlebury Street, attempted to make a left turn onto Herman Street but was unable to make the turn and rolled over.

As a result, some the truck’s diesel fuel leaked onto the roadway.

The Hazmat team responded to assist with the spill and was quickly contained to a small area.

Police say the driver, a 36-year-old male, was not injured in the crash.

Middlebury Street between County Road 15 and Verdant Drive was closed for several hours.