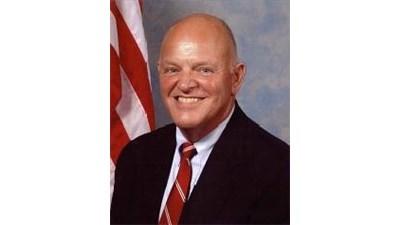 Ashley Madison's tagline is "Life is short, have an affair."

ABC57 learned from a source that Voorde's email was one of those released in the data dump.

ABC57 conducted a search and confirmed Voorde's email was in the database.

We contacted Voorde and spoke with him about the Ashley Madison site.

Voorde told ABC57 he was curious about the site when he originally signed up for it.

"You read about it in the magazines and newspapers about sites like Ashley Madison," said Voorde. "It's just, at least in my case, curiosity got the better of me."

Voorde says he has been divorced for 12 years.

When asked why he used his South Bend email account, he said he didn't have another device to use at the time to sign up.

Voorde also said he may have surfed the website while at work.

When asked what he believes voters will think about it.

He said he wasn't sure but it didn't look good.

"Yeah, I should've had a little better judgment there," said Voorde.