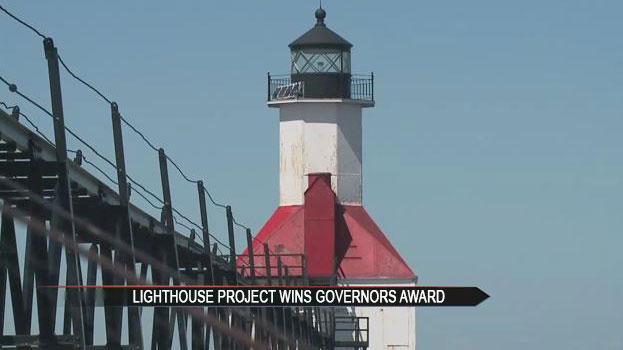 The people responsible for the restoration of the St. Joseph lighthouse and pier lights are being honored with the Governor's Awards for Historic Preservation.

Six projects were named as award winners for 2016.

Citizens and volunteers raised $1.85 million to restore and preserve the lighthouses, which the city took over after the Coast Guard decommissioned them in 2005.

The city says 90-percent of the work is complete.

The award will be presented at a public ceremony in the Michigan State Capitol Rotunda in May.

All six recipients are: