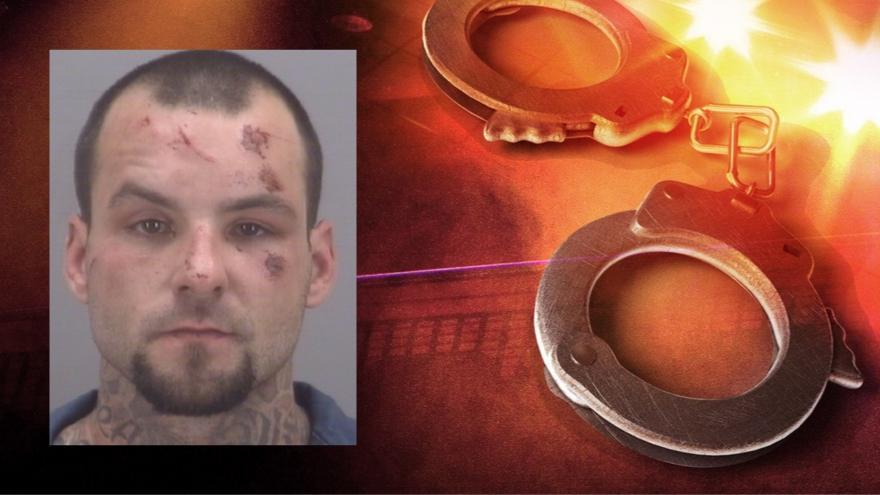 LAGRANGE COUNTY, Ind.—A police pursuit involving a four-wheeler ended with a suspect arrested on multiple charges, according to the LaGrange County Sheriff’s Department.

On Tuesday around 7:40 p.m., deputies attempted to conduct a traffic stop on a green Honda four-wheeler that had almost struck a deputy head-on, the sheriff’s department said.

A vehicle pursuit then took deputies through a bean field in the 65000 block of C.R. 700 S., which resulted in the four-wheeler getting stuck in a swampy area of the field.

The driver, later identified as Jacob Nathaniel Arnold, of Avilla, attempted to get away from police into a wooded area, reports said.

A drone from the Ligonier Police Department assisted in finding Arnold, the sheriff’s department said.

Arnold was treated and released at the hospital for minor cuts and scrapes before being booked into the LaGrange County Jail on suspicion of resisting law enforcement with a motor vehicle, possession of methamphetamine, possession of paraphernalia, driving while suspended prior, OWI prior and OWI by a controlled substance.

According to the sheriff’s office, Arnold was also wanted on a warrant out of Noble County.