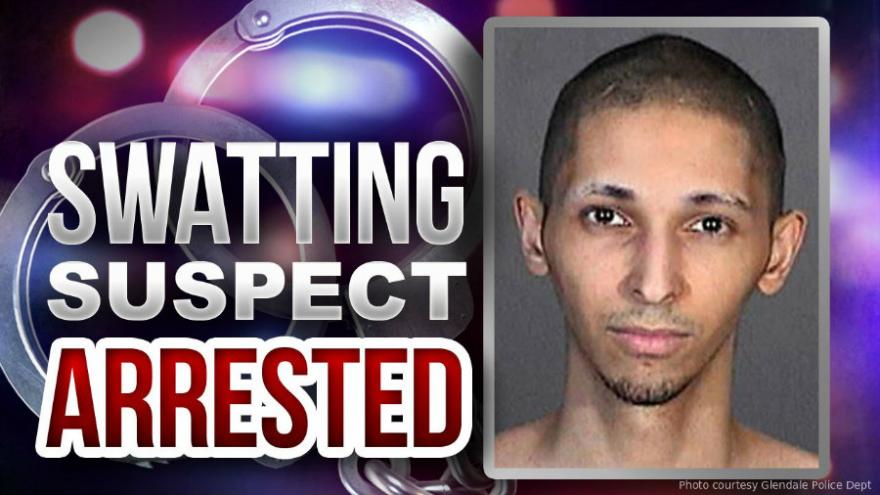 (CNN) -- The California man accused of initiating a "swatting" incident that ended in a Kansas man's death has been charged with involuntary manslaughter.

Tyler Barriss, 25, made his first appearance Friday in a Wichita, Kansas, courtroom after being extradited from California. He also faces charges of giving false alarm and interference with a law enforcement officer. A judge set his bond at $500,000.

"Swatting" -- a prank that dates at least to the early 2000s -- occurs when someone makes a false police report in an attempt to lure law enforcement agents to the location of the prank's target.

Barriss was arrested last month in Los Angeles after allegedly making a false call to police that led them to the home of Andrew Finch in Wichita on December 28. Authorities shot Finch when he opened the front door of his home, and he later died at the hospital.

The investigation into Barriss' actions remains ongoing, according to Sedgwick County District Attorney Marc Bennett. His next court appearance will be January 25.

It appears Finch's "swatting" death began with a prank stemming from an online multiplayer session of the video game "Call of Duty: WWII."

Finch died after police responded to a false report of a domestic shooting and hostage situation. Authorities were led to Finch's family home, where the 28-year-old was shot when he opened the front door.

One officer fired his weapon when Finch moved his hands to his waistline, Wichita police Deputy Chief Troy Livingston said.

It remains unclear why Finch's address was the one provided to police. Finch didn't even play video games, according to his family.

Barriss apparently left a digital trail that suggests he was familiar with swatting. One of his Twitter handles was @SWAuTistic, and one person who knew Barriss through the online gaming community told CNN, "He's a grown man who's done this stuff before."

Another said Barriss "was known in the gaming community for doing stuff like that."

Celebrities are often the victims of swatting pranks. Tom Cruise, Kim Kardashian, Ashton Kutcher and Justin Bieber are among those targeted in pranks in California.