The Winds Were Howling This Halloween 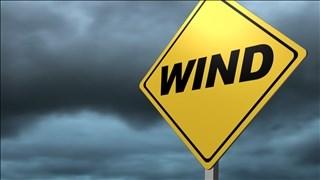 Not only were temperatures well below average this Halloween, but those gusty winds made it feel even colder.  According to the National Weather Service, the highest wind gusts were registered over Lake Michigan, two miles northwest of Potawatomi Park, at 67mph.  The highest wind gusts over land in Michiana are included in the graphic to your right, ranging from gusts 37 to 55mph.