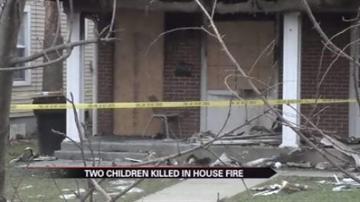 SOUTH BEND, Ind. – A third person has died from injuries sustained in a house fire on East Haney Avenue in South Bend on February 10, 2013.

Robin Marshall, 28, jumped from the second story window with her 5-year-old daughter.

Her other two daughters, 6-year-old Nevaeh Johnson and her 4-year-old sister Me’Chielle, died at the hospital.

Cordell Mahone was also injured in the fire.

He suffered burns and was taken to the University of Michigan burn unit.

Fire officials announced Friday that Mahone had died from his injuries.