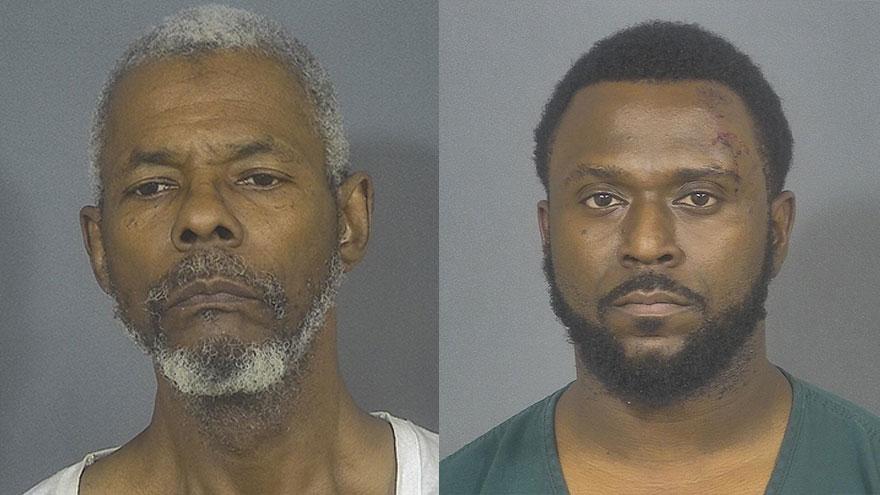 ST. JOSEPH COUNTY, Ind. -- A Pokagon Tribal Police officer was getting gas when a man entered the convenience store nearby and stole two cartons of cigarettes, according to court records.

On May 28, the Pokagon officer was fueling up their vehicle when a clerk from the Corners 23 convenience store came out yelling a theft had just happened and the suspects were leaving in a red Pontiac G6, according to the probable cause affidavit.

The officer activated their emergency lights and attempted to conduct a traffic stop on the vehicle, but the driver did not pull over, reports said.

The officer followed the vehicle throughout the area and at one point, the vehicle drove past the officer. The officer reported seeing two black males in the front seat and a white male in the back seat, according to the probable cause affidavit.

The driver continued to flee until he crashed into a ditch on Birchwood, reports said.

When the officer approached the vehicle, the driver, later identified as Cory Nelson, jumped over a fence and began running away, reports said.

The officer was able to catch Nelson and detain him.

Nelson and the other person in the car, James Boyd, told police they driving around when Nelson stopped to pick up a man named Nick who needed to get cigarettes, reports said.

Nelson said he drove Nick to the gas station.

As Nick came out of the store he banged on the car and said "Go, go, go!" reports said.

Nelson said he panicked and drove from the store. He felt something against his neck and said Nick told him if he stopped the car it would be the last time he drove, reports said.

The clerk told police a white male entered the store and asked for cigarettes. While she was grabbing the cigarettes, he stole two cartons and fled the scene, according to the probable cause affidavit.

Boyd and Nelson were taken into custody and charges were filed against them on May 30.

Nelson faces one count of resisting law enforcement, a felony, and aiding, inducing or causing theft, a misdemeanor.