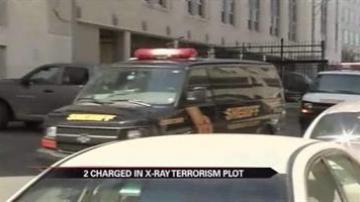 "It would be capable of inflicting death on humans if used in the fashion for which it was designed," said John Duncan.

The pair were charged with conspiracy to provide material support to terrorists.

If convicted each faces up to 15 years in prison and a $250,000 fine and five years of supervised release.