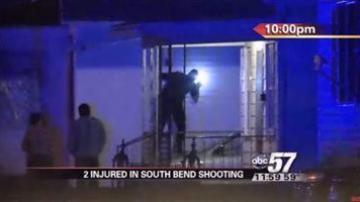 SOUTH BEND, Ind. -- Two people are now recovering after being shot on the city's west side.

The shooting happened around 9 p.m. on Sunday night on West Ford and Webster Street.

They are expected to be alright.

We are told that they are not being cooperative with investigating officers.

As of now, the police have no leads.