A ribbon cutting in Bristol Friday marked the opening of a new plant that will bring 200 new jobs to the area.

“This is a really exciting day for our team!” said Terry Carlson, the CEO of Universal Trailer.

After two years of planning and construction, the company’s newest manufacturing plant was unveiled Friday afternoon.

Production was already underway inside the $25 million facility as a tour was given.

“This facility, for the most part, is way nicer and built with the employee in mind,” said Carlson. “So we have great break rooms, there’s on-site facilities for the employees, the light’s great.”

From up high to down low, the 200,000-square-foot plant – that sits on 43 acres along Blakesley Parkway – was already filled with activity Friday.

“How do we build a trailer that’s stronger, lighter, higher quality, more corrosion-resistant?” said Carlson. “That was really the genesis of the project.”

Robotic equipment inside the plant will help speed up production.

And the trailers built in Bristol will last up to three times longer than before.

Carlson said he thinks the plant will become the ‘employer of choice’ for the community.

“It’s pretty exciting to have a brand new facility in America, here in northern Indiana, building trailers in America for Americans,” he said.

The 200 news jobs are expected to be filled throughout the next 18 months. 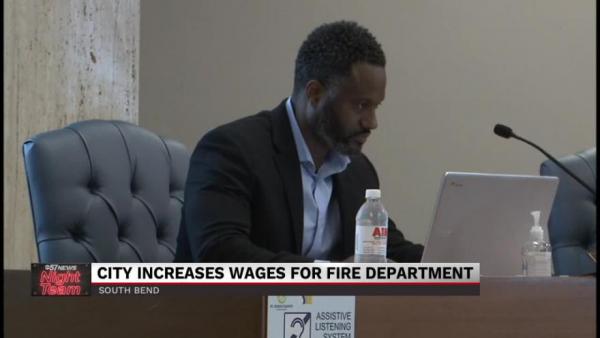