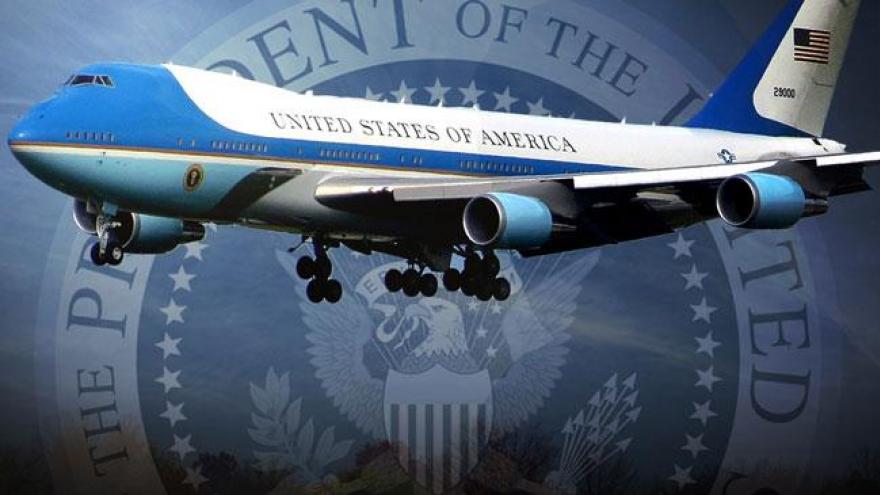 (CNN) -- The US Air Force is for now abandoning the idea of building new aircraft to become Air Force One from scratch due to concerns over costs. Instead they are considering reconfiguring a pair of jumbo Boeing 747-8 planes originally built for a defunct Russian airline that went bankrupt in 2015, according to a US official and another source close to the discussions.

The Russian airline never received the planes, according to two people familiar with the jets. They were flight tested but never delivered and instead the planes sat in storage. The source says at this point the "US Air Force believes it may be cheaper to convert these existing planes than build new ones."

One source and the US official stressed that the deal is not final.

But a handshake agreement on the aircraft could come within days, according to a person familiar with the deal, and a formal contract is expected to follow in the weeks to come.

The pair of aircraft were originally built in 2015. The Russian carrier went bankrupt and ceased operations in October 2015.

Tansaero had ordered three 747-8 intercontinental aircraft. Boeing recently removed three 747-8s from its ledger that were originally bound for the now-bankrupt Russian airline.

Boeing had also attempted to package the two jets as part of a deal with Iran Air, the person familiar with the deal said, but the carrier decided against the 747-8 and Airbus A380, each company's biggest jetliners.

An already-built 747-8 would offer huge savings for the Air Force. Much of the expensive work of creating a presidential Aircraft is done on a basic or "green" aircraft that is like an ordinary commercial airliner with no interiors. Those jets are then heavily modified for military operations. Whatever the Air Force orders would likely not have required significant changes to a commercial 747-8 before being modified.

The aircraft in question are currently located at an aircraft storage yard in Victorville, California, and are marked as property of Boeing, a person familiar with the aircraft told CNN.

A Boeing spokesman told CNN, "We're still working toward a deal to provide two 747-8s to the Air Force -- this deal is focused on providing a great value for the Air Force and the best price for the taxpayer."

The Air Force would not confirm that there is a plan to purchase the planes that were once intended for the now bankrupt Russian airline.

President Donald Trump had been fiercely critical of the cost of the new Air Force One program, officially referred to as the presidential aircraft. The new planes would replace the current VC-25 aircraft which first entered service in 1990.

"Boeing is building a brand new 747 Air Force One for future presidents, but costs are out of control, more than $4 billion. Cancel order!," Trump tweeted in December, shortly before taking office.

Defense One was first to report this story.