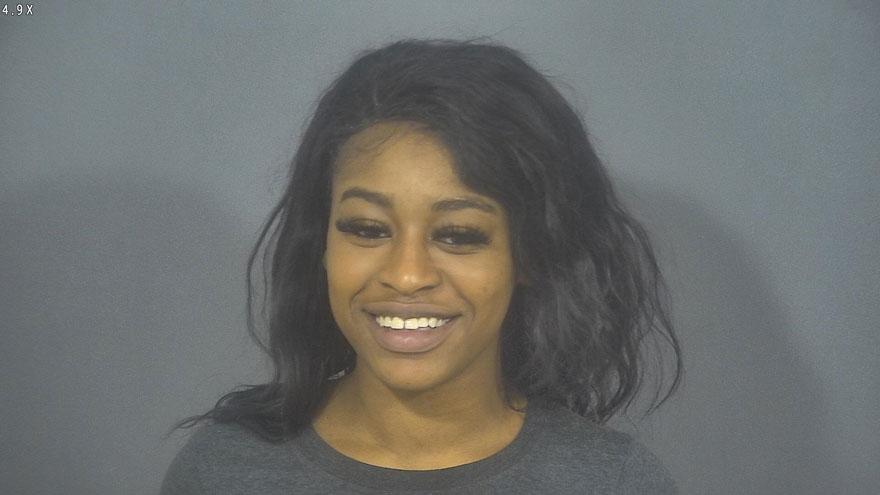 SOUTH BEND, Ind. -- A woman has been charged with battery by means of a deadly weapon after allegedly hitting another woman with her car, according to court records. The suspect told police she thought the victim was sleeping with her fiancé.

South Bend Police were called to an apartment complex on Ardmore Trail on December 13, 2019 for a possible traffic accident, reports said.

When officers and EMS arrived, they found a woman lying in the road with an injury to her head, reports said.

The victim told police Arieonna had run her over, according to the probable cause affidavit.

The victim told police she was at the apartment complex on Ardmore when a woman she knows as Arieonna Jones was knocking on her door, reports said.

She called police to the complex twice but they were unable to locate Jones, reports said.

Then around noon, Jones returned to the complex driving a silver vehicle, reports said.

The victim walked outside to where Jones was parking her car. While the victim was standing in front of the vehicle, Jones allegedly put the vehicle in gear, pressed the gas pedal and hit the victim with her vehicle, according to the probable cause affidavit.

The victim was thrown into the air and landed on her head, reports said.

Several days later, officers spoke with Jones about the incident.

Jones admitted to hitting the victim with her vehicle because she thought the victim or another female there was sleeping with her fiancé, according to the probable cause affidavit.

Jones was charged in January 2020 with battery by means of a deadly weapon.

She was arrested on February 13.