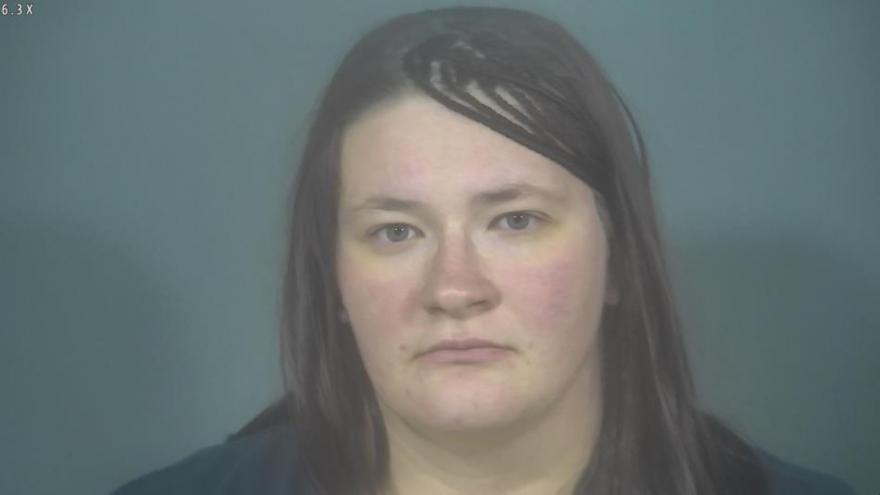 ST. JOSEPH COUNTY, Ind. – A woman was arrested and charged with assisting a criminal after allegedly concealing the gun used in a fatal shooting at Cheers Pub on December 16, according to the probable cause affidavit.

On December 17, South Bend police officers saw a man matching the description of a homicide suspect at a gas station near Mayflower Road. The suspect got into the vehicle and drove to a nearby trailer park.

Officers approached the vehicle and watched it until more officers got to the scene.

As the officers waited, they saw a male in the driver’s seat of the vehicle and a female, later identified as 24-year-old Amber Thomas-Clark, in the front passenger seat.

The officers noticed furtive movements inside the vehicle, seeing Thomas-Clark in particular moving around, reports said.

While an officer patted Thomas-Clark, they noticed a solid object inside Thomas-Clark’s bra.

Thomas-Clark said she had a handgun inside her bra, according to court documents.

Officers seized the handgun, which was a 9 mm semi-automatic pistol.

The gun box that matched the serial number for the handgun on Thomas-Clark was found in the driver’s, Michael Miles’, home, according to reports.

Miles was charged with murder in connection with the Cheers pub shooting.

Miles was charged with serious violent felon in possession of a firearm for the handgun found on Thomas-Clark during the stop.

He is a convicted serious violent felon because of an armed robbery he was convicted of in 2009.

Thomas-Clark has been charged with two counts of assisting a criminal and one count of carrying a handgun without a license.

Miles and Thomas-Clark were the only two people in the vehicle during the stop.

Thomas-Clark is due in court on January 4.