Bad accident reported on I-94 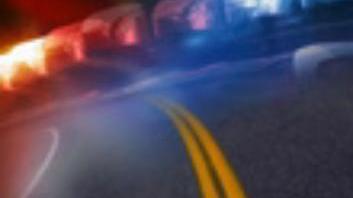 STEVENSVILLE, Mich. - A bad accident was reported Saturday afternoon on I-94 and exit 23. According to the Berrien County Sheriff's Office reports the accident happened at 1:18 p.m. ABC 57's Brian Dorman asked dispatch what they could tell ABC 57 News about the accident, "There is no press release at this time," was the response. "Was this a fatal crash?" "Again, there is no press release at this time." Investigators are still on scene more than three hours after the accident. We have not been able to confirm how many vehicles were involved, how many people were injured or if this was indeed a fatal accident. Our phone calls to the Niles Michigan State Police Post have not yet been returned. Crews are clearly very busy working the scene and we expect them to provide us with information when they have a moment. ABC 57's Jaclyn Kelley is on her way to the accident--we hope once she is on the scene we will learn more. We have been told that the westbound lanes of I-94 at exit 23 where the accident happened are open at this time. Stay with ABC 57 News as we continue to follow this breaking news story.