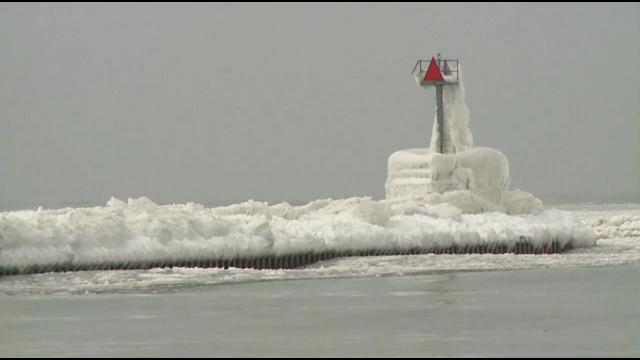 The Coast Guard is advising visitors to keep their distance from Lake Michigan because of the large waves caused by the snow storm.

The Coast Guard says it will take several days for the waves to subside.

Petty Officer Nathan Milewski says the waves on the lake were measured at 40-knots Sunday.

"After the storm, they are quite large. I've seen them 10-15 feet or greater sometimes. They're very large, and I know a lot of people don't think it's that way because it's a lake but they're still incredibly dangerous,” said Milewski.

The Coast Guard says people should not walk out on the pier at silver beach because the wind and ice could make for a dangerous situation.

If you do venture out, stay far from the edge and always have a buddy.