Coldest air of the season heading for U.S.

NOW: Coldest air of the season heading for U.S.

Saturday brings a big winter storm that may drop up to eight inches of snow on Michiana, and afterward comes the cold. An arctic blast is going drop south across the eastern U.S., bringing the coldest air of the season

Sunday and Monday will be frigid, and there is no escaping this cold. From Minneapolis to Orlando, temperatures plummet. Single digits and teens are expected across the Midwest on Sunday and Monday. Monday morning will be the coldest of the two day stretch. 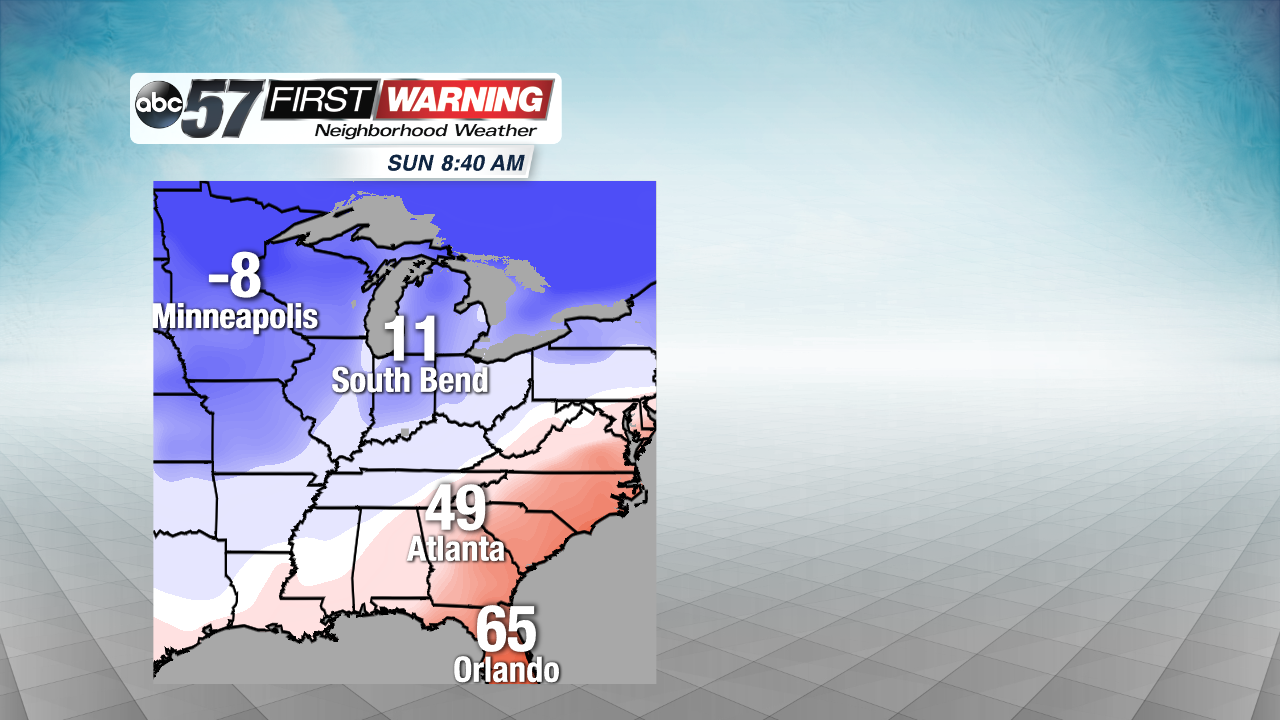 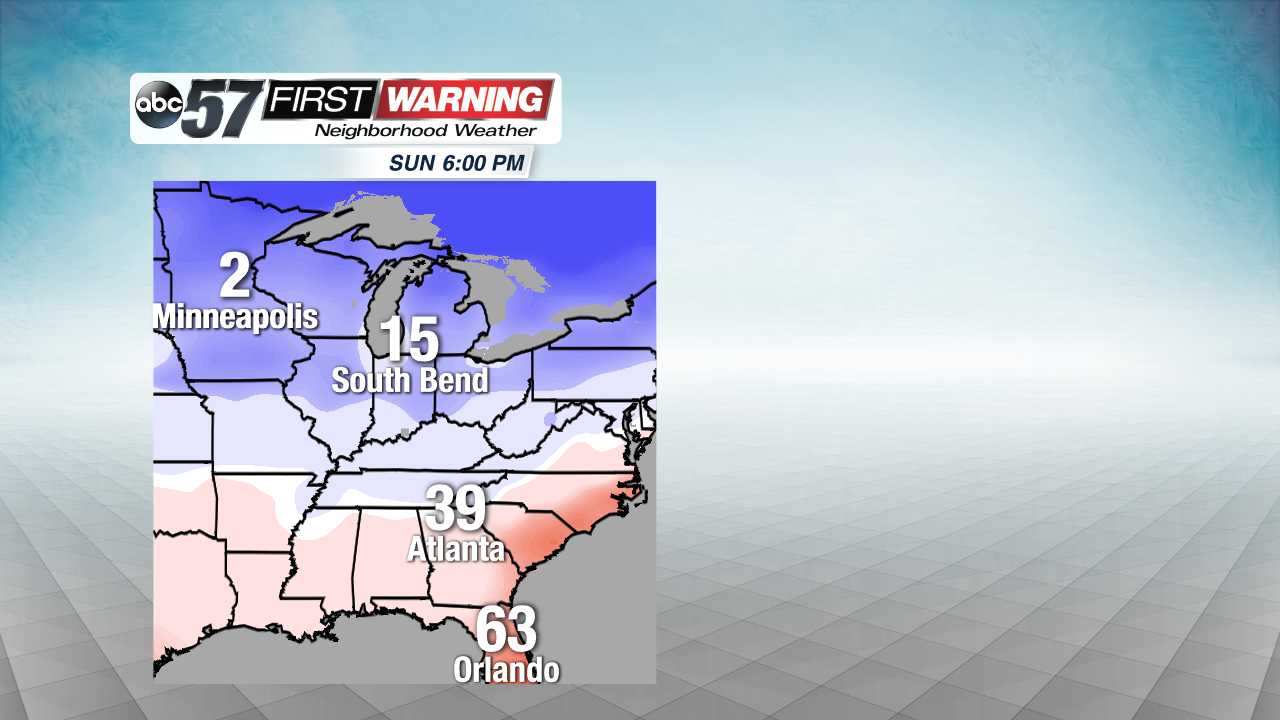 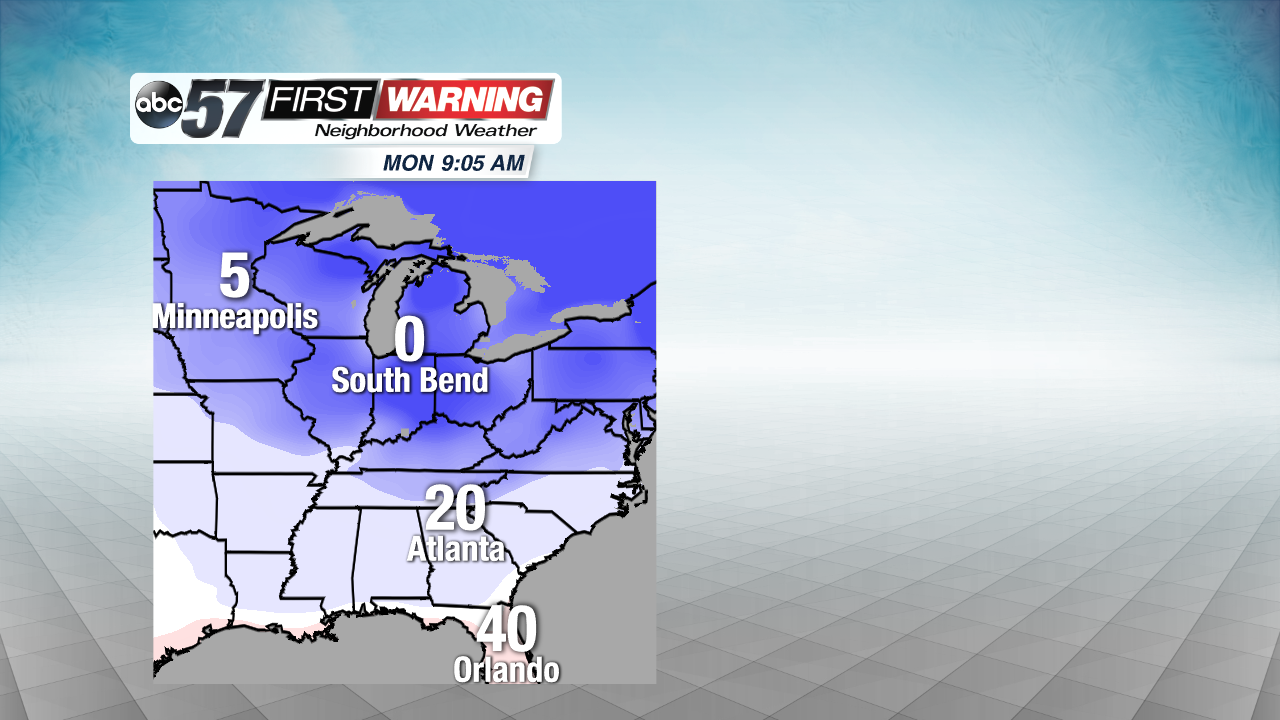 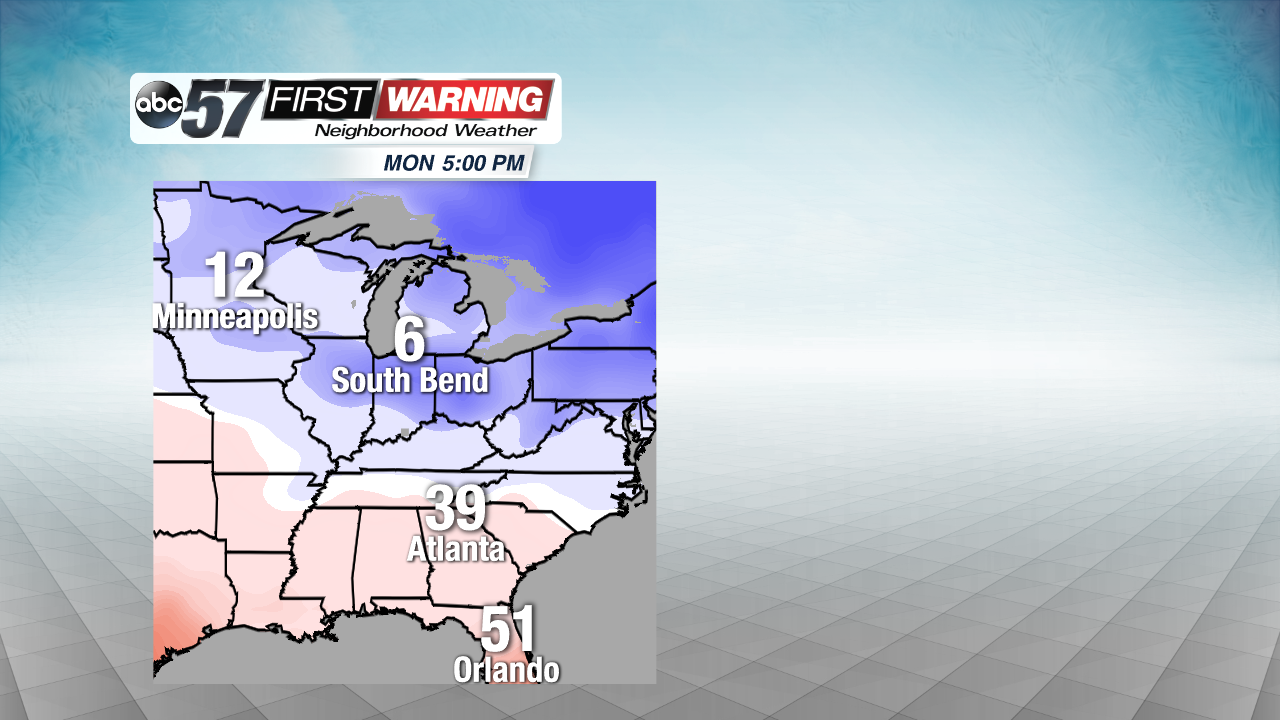 The arctic air will retreat back to Canada on Tuesday and Wednesday, and we will find some relief with temperatures in the twenties. Unfortunately, another round of arctic air moves south on Thursday, and temperatures will be much cooler than normal again for all of the Midwest through next weekend 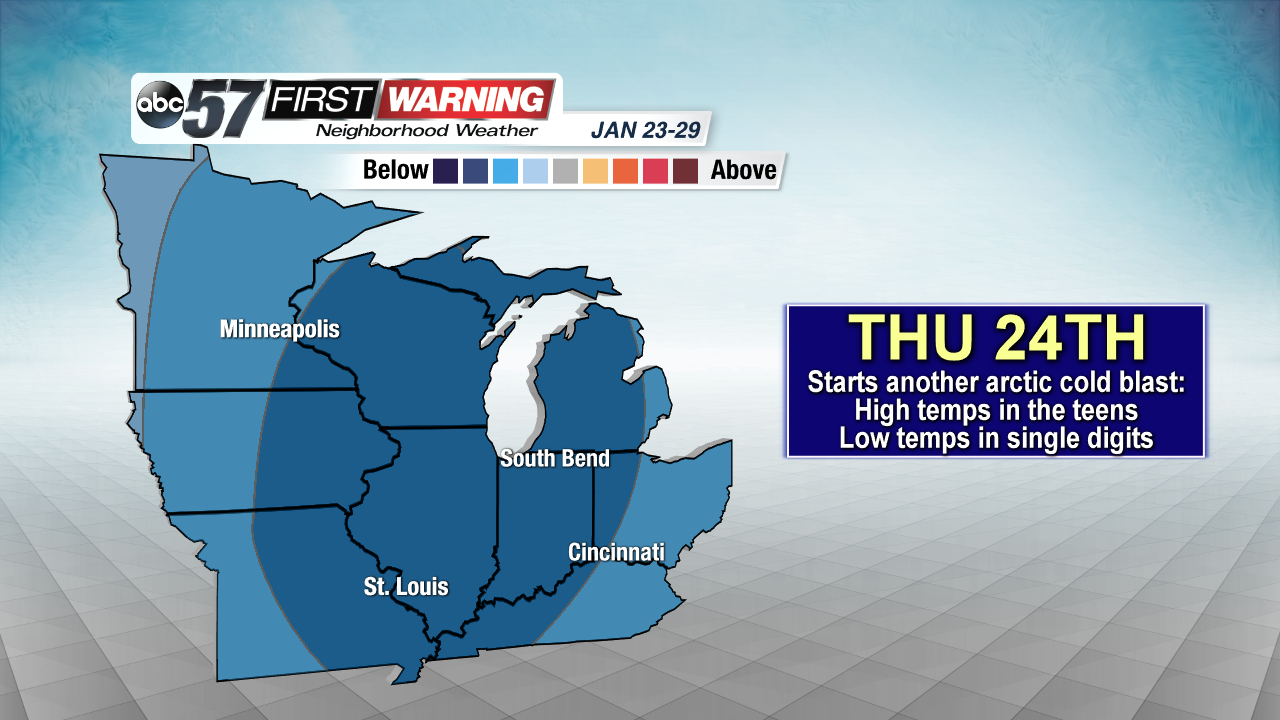 With wind, these temperatures will feel even colder. Frostbite is possible in 10-30  minutes with wind chill values around -20 degrees, and therefore will be a high risk on Monday morning. 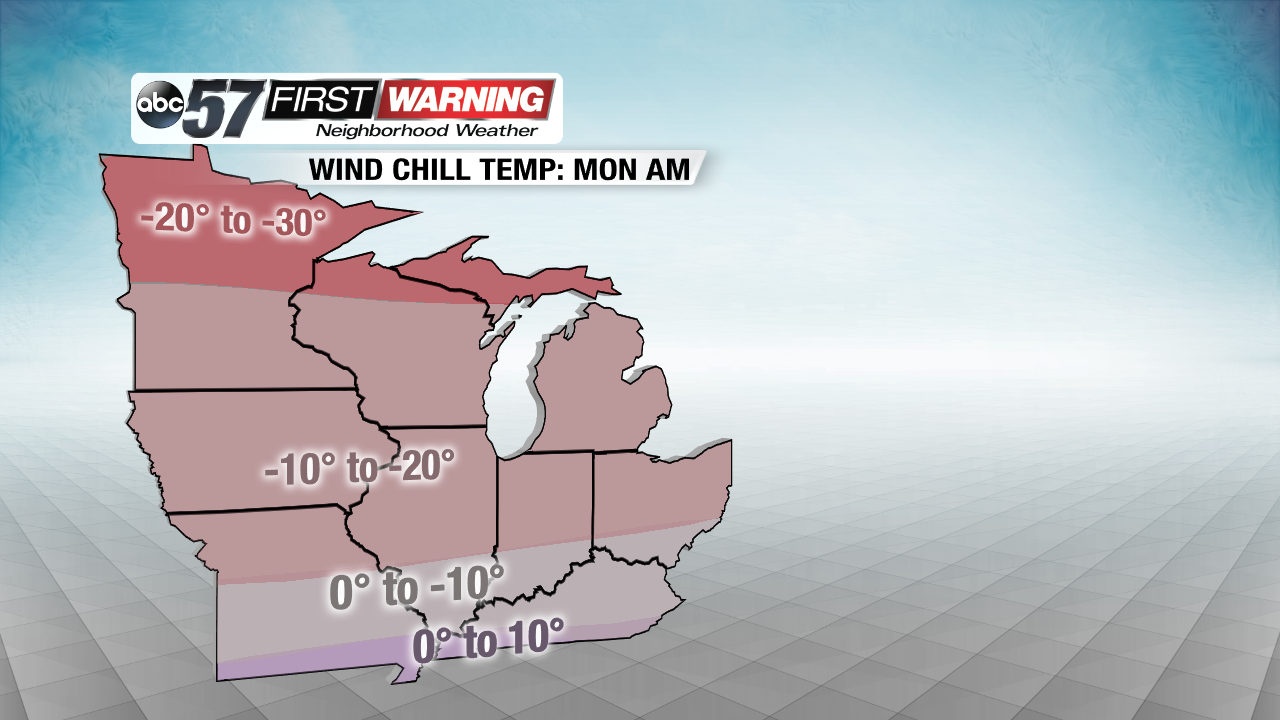 Up until this week, temperatures have been pretty mild for the winter season. Monday morning yielded our coldest temperature of this winter, at seven degrees. January has been an unusually warm month so far, with the temperature average five degrees warmer than normal. However, the warm trend looks to be over for the rest of the month.