Cuba cleans up after Hurricane Irma tears through Caribbean 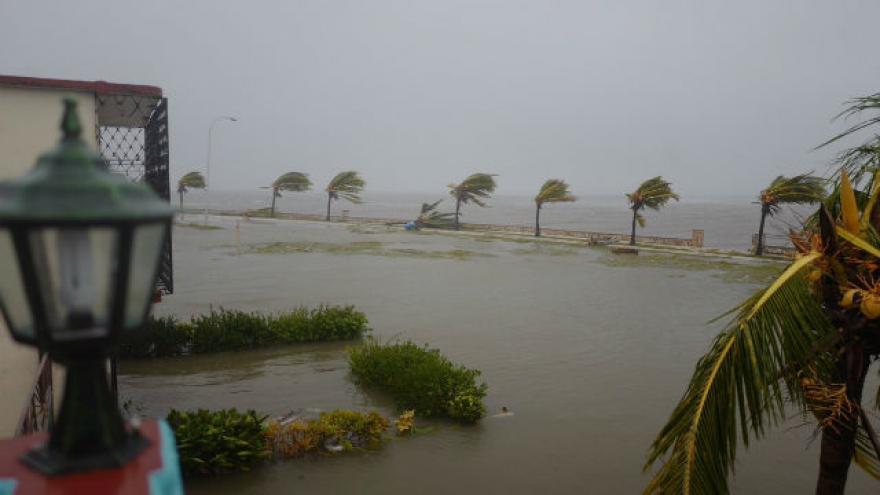 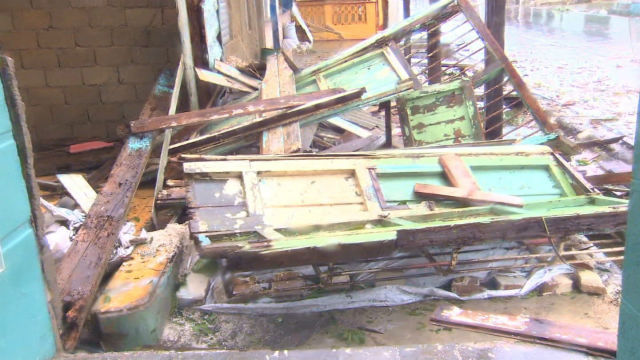 (CNN) -- As recovery efforts begin in Cuba and other parts of the Caribbean after Hurricane Irma, some islands are bracing for the potential impact of another storm churning in the Atlantic.

Irma made landfall in Cuba overnight on Friday as a Category 5 storm, blasting into seaside towns and causing flooding in low-lying areas of the capital Havana. Hurricane-force winds of 125 mph (over 200 kp/h) whipped roofs clean off buildings, ripped trees from the ground and forced evacuations along the coast.

As Irma made its way toward the US mainland on Sunday afternoon, the last remaining hurricane warning in Cuba was discontinued for the provinces of Matanzas and La Habana.

But rainfall is expected to continue through Wednesday, producing an additional one to three inches in western Cuba and up to five inches in isolated areas. Authorities will be on alert for flash floods and mudslides amid recovery and clean-up efforts, while Hurricane Jose swirls in the Atlantic.

Irma's blinding rain and powerful winds began pummeling Caibarién, a small coastal city about 200 miles (320 kilometers) east of Havana, late Friday. The outer bands of the massive storm knocked out power in a town that normally would be busy with tourists.

By dawn Saturday, waves were rolling down the town's main street. Within hours, the whole town was flooded with several feet of water.

Most people in the coastal area live in one-story homes, putting them at great risk as floodwaters rose to roof level in some places. Residents were overwhelmed by the damage and said recovery will take time. Many had left town before the storm hit and all foreigners were urged to evacuate. Those who remained told CNN they were prepared, though they knew this was a storm like few had ever experienced.

Meanwhile, as dusk fell Saturday in Havana, the churning waters moved inland from the city's popular seafront boulevard. Flooding continued Sunday afternoon along the malecón, spreading into adjacent streets with waist-level water in some areas. At the US Embassy in Havana, part of a fence that guards the compound was knocked over. US Marines and Cuban police surrounded the area.

The Cuban government prepared by staging emergency supplies and building equipment ahead of the arrival of Irma. Authorities cut power to parts of the city and evacuated around 10,000 people from central Havana amid concerns of storm surge flooding, according to Reuters.

Elsewhere in the country, Irma struck the archipelago north of Cuba's Camaguey and Ciego de Avila provinces with gusts so strong they destroyed an instrument used to measure wind, Cuba's meteorological agency reported.

Hurricane-strength winds later were recorded in the northern half of Camaguey province, the agency said. Irma was the first Category 5 hurricane to hit Camaguey in 85 years, according to the province's state media radio station.

As Irma advanced over neighboring Ciego de Avila province, waves of between 16- and 23-foott waves (5 to 7 meters) were recorded.

In the resort town of Varadero in the Matanzas province, 14,500 foreign tourists rode out the storm, according to state-run news organization Granma.

Irma left a string of small Caribbean islands devastated, many of which are still assessing damage as they prepare for Hurricane Jose.

Antigua, Barbuda's sister island and home to about 80,000 people, was spared the brunt of the storm. Many Barbuda have been evacuated ahead of Jose.

Irma caused roughly 1.2 billion euros ($1.44 billion) of insured damage in the French portion of St. Martin and in St. Barts, according to French state-owned insurer CCR. The estimate includes damages to homes, vehicles and businesses -- including operating losses -- which are covered by the natural disaster compensation scheme, CCR said Saturday.

Looting broke out on the island, French and Dutch authorities said Friday, and security forces were deployed to deal with the problem. The island is home to about 72,000 people.

Just to the north, Anguilla, a 90-square kilometer island that is among several British overseas territories in the Caribbean, "received the hurricane's full blast," according to UK Foreign and Commonwealth Office Minister Alan Duncan.

The US and British Virgin Islands were also pummeled by Irma. Pictures from St. Thomas, the most populated of the US Virgin Islands and a popular tourist destination, showed extensive damage. St. Thomas, St. John and Water Island have been without any electrical service for more than five days.

Relief supplies and personnel began to stream into St. Thomas after the airport and commercial marine port facilities were cleared for use, Gov. Kenneth Mapp said in a statement on Facebook. For now, the top priorities being addressed are food, water, temporary shelter and the restoration of electricity, he said.

Food, water and roof tarps were distributed to residents Sunday from fire stations and a ballpark while military assets were used to transport supplies, equipment and search and rescue personnel through affected areas. Efforts to restore electricity were hampered by traffic in violation of a curfew from 6 p.m. to noon. Mapp warned that arrests would be made if necessary.

"Apart from the structural damage, there have sadly been reports of casualties and fatalities," he added. "I am truly heartbroken by this news."

Puerto Rico, an unincorporated US territory, managed to avoid a direct hit from Irma but suffered strong winds and torrential rains. Hundreds of thousands of people remained without power on Friday.

Strong winds and heavy rain also lashed the Dominican Republic, Haiti and the low-lying Turks and Caicos Islands Thursday into Friday. The Turks and Caicos' capital island of Grand Turk suffered "quite a bit of damage," including to part of a hospital's roof, Gov. John Freeman told CNN on Friday.