Deputies: Drunk driver calls 911 on himself 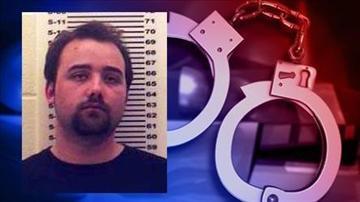 JASPER COUNTY, Ind. – After driving off the road and ending up stuck with a flat tire, a man called 911 to report himself as a drunk driver.

The Jasper County Sheriff’s Department received a 911 call from Matthew Devore, 24, of Logansport, at 12:20 a.m. Monday.

Devore told the operator he was a drunk driver and needed to be taken off the roadway, reports said.
An Indiana State Police trooper responded to I-65 northbound at the 226 mile marker where she located a 1996 Toyota.

According to the trooper’s investigation, Devore lost control of his Toyota and went off the road into the grassy median.

He got his vehicle out of the median but then realized he had a flat tire.

That’s when he called 911 to report himself as a drunk driver.

Devore said he “was sick of Indiana so he decided to go for a drive.”

He had bloody knuckles and explained he had been playing darts and punched a wall.

Devore’s BAC was .09. He was taken to the Jasper County Jail in Rensselaer.