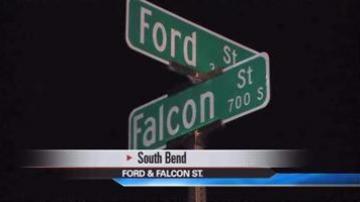 SOUTH BEND, Ind. — A teenager is in the hospital after police say he got hit with bullet during a late night drive-by shooting in South Bend.

According to police, the teen was taken to Memorial Hospital after being shot in the leg.

Police said that the teen was parked near the intersection of Ford and Falcon streets on the city's west side.

A car drove by and someone in the vehicle shot at him two or three times. One of those bullets ended up hitting him in the leg.

The car then sped off.

The 16-year-old called police and he was taken to the hospital.

Police are trying to identify the driver and gather any clues they can about the shooting.

The name of the victim has not yet been released.