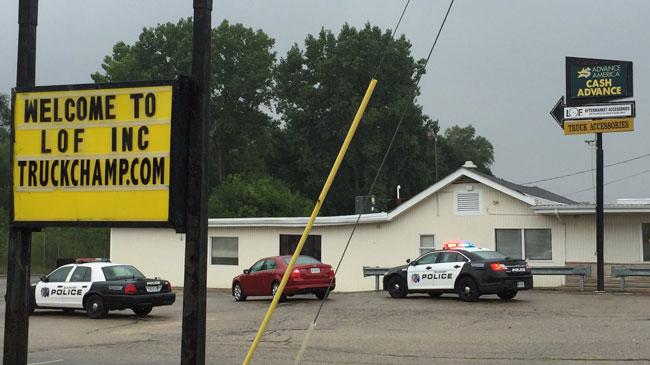 Another robbery shook up the Elkhart community today. Officers were dispatched to the Advance America on Cassopolis Street just before noon Monday.

“We don’t have a lot to go on right now other than that we know that there were two black males that went into the store. Both of them had hand guns, they took some money and they left,” said Sgt. Chris Snyder from the Elkhart Police Department.

Even schools in the area were placed on lockdown, including a preschool with several young children.

“It is the first time in this school’s history since 1967 that we have experienced this,” said Chris Miller, Director of Montessori School of Elkhart.

“Luckily we have a great crisis prevention code and procedure in effect and well trained staff,” said Miller.

Nine robberies were reported in Elkhart in July. This is the fifth robbery to happen this month.

Police are still looking into if this incident is related to the rest.

“We have nothing right not as far as evidence,” said Snyder.

“There are a couple of similar things with the suspects, but there are some things that are different. So nothing that we can say with evidence that connects any of them,” said Snyder.