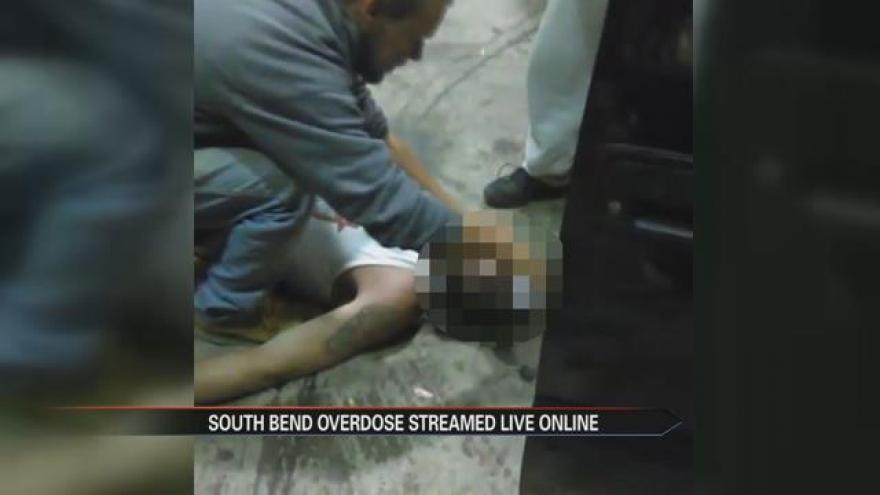 A video appearing to show a man overdosing at a local gas station was live streamed on Facebook Sunday night.

While the family says the man was taken to the hospital and is doing ok, many people in the community have expressed concern that the incident was broadcast live publicly.

Almost thirty thousand people have watched the video, including Mark Piechowiak, a drug counselor at the Life Treatment Center.

“It seems like a couple minutes until you could actually hear somebody say that they were calling 911,” said Piechowiak.

Multiple people are shown in the video from the time it began streaming at 9:27 p.m.

While you can hear them screaming that an ambulance is on the way, the South Bend Police Department says the call came in at 9:30 p.m.

Piechowiak says that time is critical.

“If someone goes without oxygen for three minutes and he’s turning purple, he might come out of this not being able to speak or his memory might be really impaired,” said Piechowiak.

Police agree, at the first sign of a medical emergency onlookers should call 911.

Piechowiak says while the video is difficult to watch, he hopes it will help in some way.

“This is a big, big, big learning lesson. Clearly if you’ve got somebody on camera doing this then it’s probably happening a hundred times a day. Very, very often, so we hope that people learn from this,” said Piechowiak.