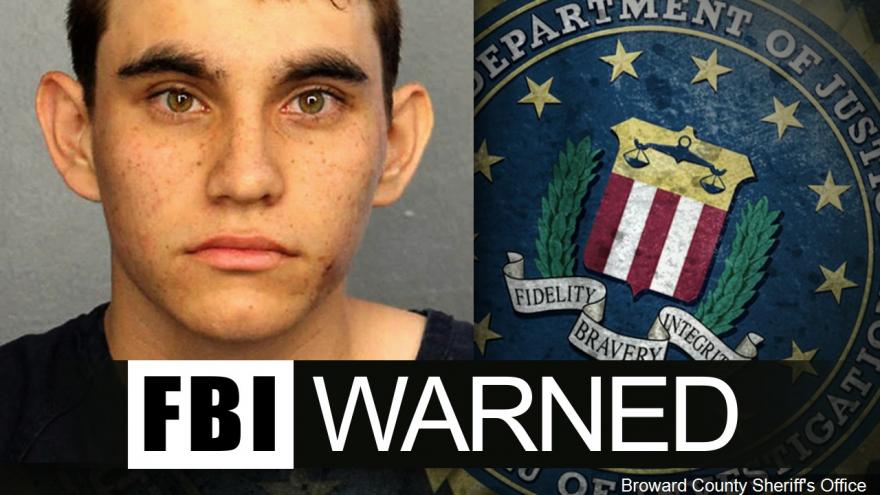 (CNN) -- Nearly a week after the school shooting in Parkland, Florida, a top FBI official acknowledged that proper protocols weren't followed on the tip about Nikolas Cruz, the confessed shooter.

"There was a mistake made, we know that," acting FBI deputy director David Bowdich told reporters at a news conference Thursday. "Our job is to make sure that doesn't happen again."

The bureau revealed last week that a person close to Cruz contacted the FBI's general tip line in early January to report concerns, including information about his gun ownership, desire to kill people, erratic behavior, disturbing social media posts and the potential of him conducting a school shooting.

When asked about the missed tip, Bowdich said that he expects to be further briefed on it "very soon." He personally went to the West Virginia call center that houses the tip line and "it's professional operation."

"Processes were in place, it's just they were not followed," Bowdich said, noting that the FBI received roughly 765,000 calls last year and most do not turn into leads.

"It is not easy work, I'm not making excuses, because what happened was a tragedy, truly a tragedy," he said. "But it is our job to make sure that we do everything in our power to ensure it does not happen again."

Attorney General Jeff Sessions said that the Justice Department is "looking at a number of things" in response to the school shooting "to make sure that we do everything we can reasonably do to push back against this kind of violence."

Earlier this week, President Donald Trump directed Sessions to propose regulations to "ban all devices that turn legal weapons into machine guns," including bump fire stocks, which make it easier to fire rounds more quickly and were used by the shooter who targeted concertgoers in Las Vegas in October.

Yet the admission of the missed tip in particular -- highlighted over the weekend by Trump -- has caused some to raise questions about whether the FBI could have prevented the shooting at Marjory Stoneman Douglas High School, which left 17 dead.

"I don't want to get into the politics of anything or partisan attacks, that's not our focus," Bowdich said, but suggested that the No. 1 risk for the FBI is "losing the faith and confidence of the American people."