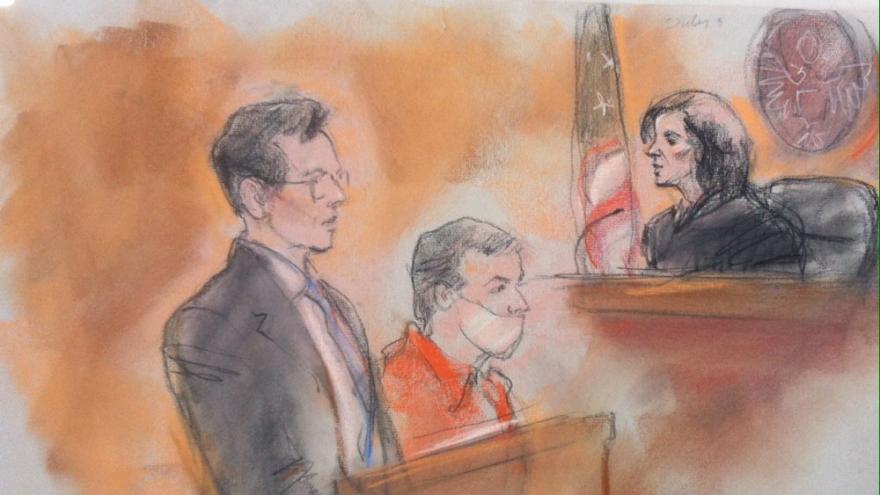 (CNN) -- A Canadian man has been indicted in a stabbing attack last month at the Flint, Michigan, airport.

Amor Ftouhi, 49, faces charges of committing an act of violence at an international airport and interference with airport security. Authorities say he stabbed a Bishop International Airport police lieutenant in the neck with a knife on June 21.

Ftouhi referenced killings in Syria, Iraq, and Afghanistan, and yelled "Allahu Akbar," while stabbing the uniformed officer, said the United States Attorney's Office for the Eastern District of Michigan.

The charges carry a maximum penalty of up to life in prison.

On Wednesday, June 21, Ftouhi arrived at Flint's Bishop International Airport carrying two bags, and he lingered for about 40 minutes in the airport's public areas -- including a restaurant and a bathroom where he dropped his bags -- before the attack, a criminal complaint said.

After stabbing Neville, Ftouhi continued to yell "Allah" several times followed by something similar to, "You have killed people in Syria, Iraq and Afghanistan, and we are all going to die," the complaint said.

"Lt. Neville got him to stop stabbing him," said Chief Chris Miller of the Bishop Airport Safety Division, who was nearby during the attack and handcuffed Ftouhi.

An FBI special agent said Ftouhi then asked the officer why he did not kill him, the complaint said.

Ftouhi is scheduled to be arraigned in federal court Wednesday afternoon.