Gino's East is going out of business in Granger 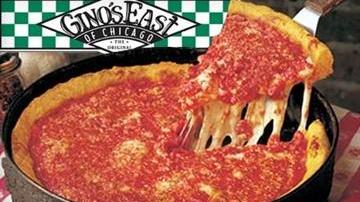 GRANGER, Ind- An employee confirmed over the phone Saturday night that Gino's East is going out of business.

After weeks of speculation and continuous tips that have flooded the ABC 57 Newsroom we now can confirm the talk about it closing is true.

A manager Saturday afternoon declined to confirm or deny the rumors and told us to contact corporate in Chicago.

Our phone call to corporate was not returned at the time of this posting.

Our newsroom called Gino's East to make a reservation for Marc 25th, we were told that we can make that reservation but they may not be able to honor it because they are "going out of business."

A closing date has not been announced.

It circulated on Facebook this weekend that Gino's East closed Friday night, that is not true. Gino's East is open Saturday night till 10 p.m.

A tipster told ABC 57 News that employees go together last night for a going away get-to-gether.

There is no word, right now, on what has lead to the decision to close.