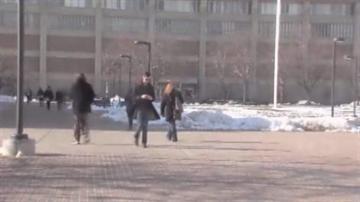 In the wake of the Newtown killings, state lawmakers are trying to pass a new bill.

It would affect students right here in Michiana.

Jim Banks, the bill's sponsor, said it would allow students to carry guns on campuses, as long as they have a license to carry.

He said it might even help deter mass shootings.

The bill comes on the heels of a recent law that allows Hoosiers to keep guns in their cars while at work, that includes defying company policy.

Banks said that many colleges are against the bill. And the proposal goes against a national call for gun control.

The Indiana Black Legislative Caucus is also against the bill. They have made it clear that they do not want this passed.

The caucus said that they are worried it could be a slippery slope leading to extreme measures.

The bill appears likely to pass.

But Republicans hope that even if does not get passed, it open up room for more discussion about gun control.