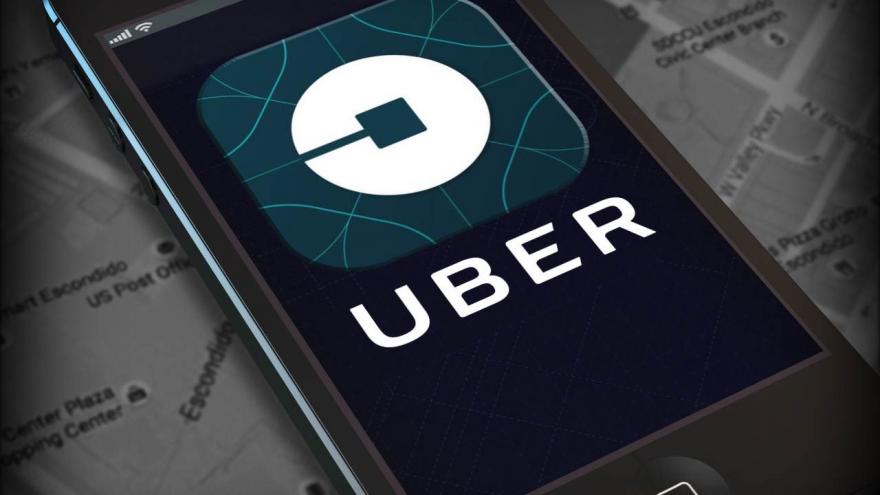 (CNN Money) -- London's transport authority announced Friday that it will not renew Uber's license, saying the company is not "fit and proper" to operate in the city.

The move, if upheld after an appeal, could deal a serious blow to Uber's business.

Transport for London cited the company's approach to reporting serious criminal offenses, and the way it explained its use of software that prevents regulators and law enforcement from monitoring the app.

London mayor Sadiq Khan said he "fully supports" the decision to not renew the license when it expires September 30.

"All companies in London must play by the rules and adhere to the high standards we expect -- particularly when it comes to the safety of customers," he said in a statement. "Providing an innovative service must not be at the expense of customer safety and security."

Uber said in a statement that it would "immediately challenge this [decision] in the courts."

It can continue to operate while it appeals.

"Transport for London and the mayor have caved in to a small number of people who want to restrict consumer choice," Uber said. "If this decision stands, it will put more than 40,000 licensed drivers out of work and deprive Londoners of a convenient and affordable form of transport."

CEO Dara Khosrowshahi, who recently took the reigns at Uber after embattled co-founder Travis Kalanick left the company in June, made a plea to London via Twitter Friday afternoon.

"Dear London: we r far from perfect but we have 40k licensed drivers and 3.5mm Londoners depending on us. Pls work w/us to make things right," the tweet said.

Uber said that its controversial software, called "Greyball," had "never been used or considered in the U.K. for the purposes cited by [Transport for London]."

The software, which helped drivers dodge law enforcement in cities like Portland, Oregon, where Uber was not allowed, is reportedly the subject of a criminal probe by the U.S. Department of Justice.

London's traditional "Black Cab" taxi drivers have been among the most vocal opponents of Uber and have campaigned to convince politicians and residents to steer clear of the American firm.

They have challenged Uber's insistence that its drivers are self-employed and raised concerns about Uber passenger safety.

"This historic decision is a victory for [our] campaign to ensure drivers are given the rights they are entitled to -- and that the public, drivers and passengers are kept safe," said Maria Ludkin, the legal director at GMB, a union that represents licensed London taxi drivers.

Some of the 3.5 million Londoners who have used Uber had a different reaction.

"I don't believe black cabs should run London like a cartel. If Uber has problems let's resolve them not just ban them," wrote James Pace, one of over 35,000 people who signed an online petition in protest.

Other critics of the decision said it could harm London's ability to attract tech firms, which Khan has made a priority ahead of Britain's departure from the European Union.

Khan told CNN on Friday that the ruling would not hurt the city's ability to become a hub for innovation.

Related: Will robots put your job at risk?

Uber, which operates in nearly 700 cities, has been the subject of numerous controversies over passenger safety, along with driver background checks and pay.

Critics say the firm has an overly aggressive culture that encourages its managers to flout local regulations and plow through legal challenges.

Travis Kalanick, the startup's co-founder, resigned as CEO in June after failing to defuse a crisis brought on by a seemingly endless series of PR crises.

Among the most serious issues were allegations that managers at the firm didn't adequately address reports of sexual harassment.

Related: Uber pays $10 million to get back online in the Philippines

The decision to not renew Uber's license in London could leave frequent customers in a lurch.

Black cabs have banded together to create an alternative app called Gett, but it's not nearly as popular as Uber. Black cabs are significantly more expensive in London.

Another potential alternative, Taxify, was forced to halt its London operations earlier this month just three days after its debut. Regulators said it had not secured the correct license.