Mid-June crop update: corn and soybeans ahead of schedule

NOW: Mid-June crop update: corn and soybeans ahead of schedule

Even though it has been a mostly dry month of June, corn and soybean crops are still ahead of schedule for 2020.

As of June 17, we’ve picked up 0.67 inches of rain in South Bend. This puts us 1.55 inches behind normal rainfall for the month so far. 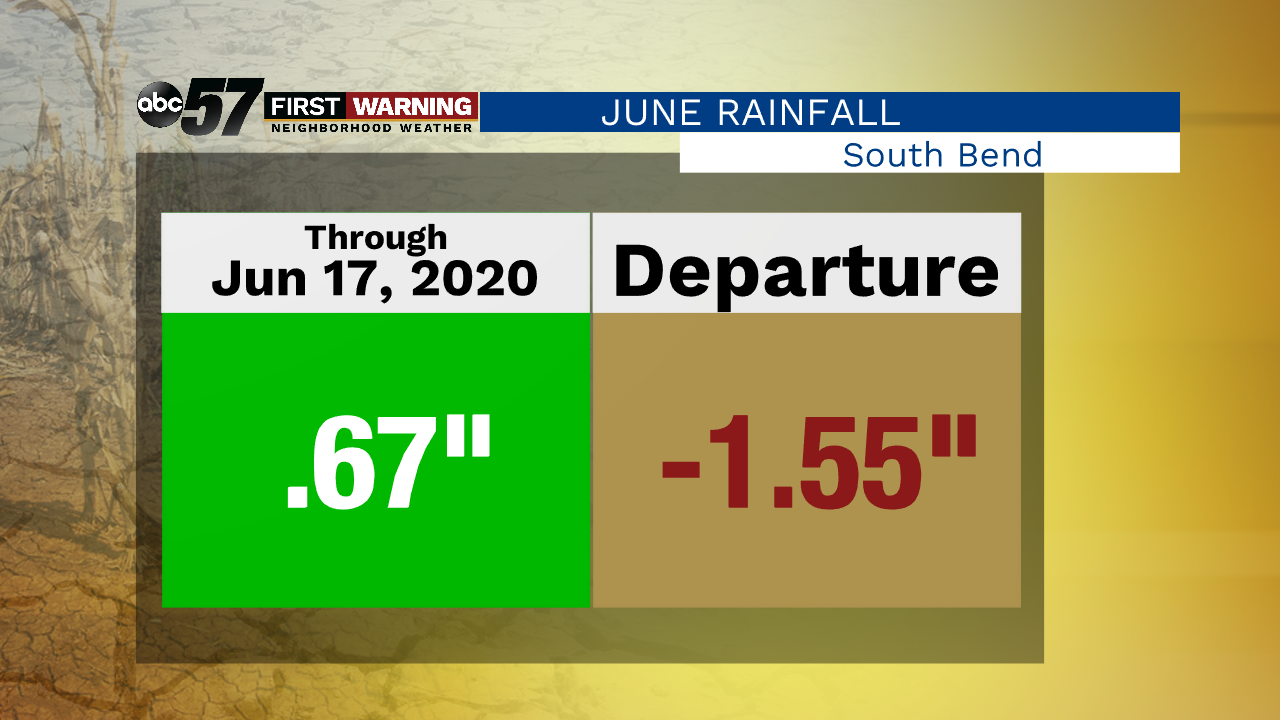 With these dry conditions, there’s been plenty of time for farmers to finish planting and other fieldwork. Not only are crops ahead of where they were last year, but they are also ahead of the five-year average for emerged crop. 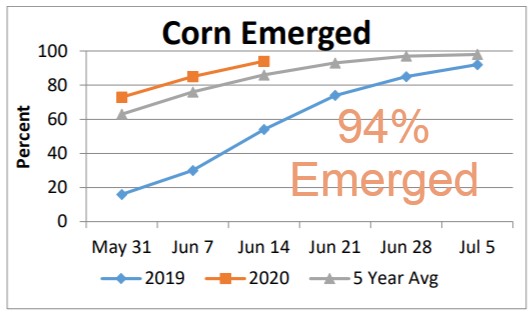 There is a similar story for Michigan crops. 96% of corn has been planted so far in 2020, and 85% of it has emerged in the state. These statistics are both above the five-year average. 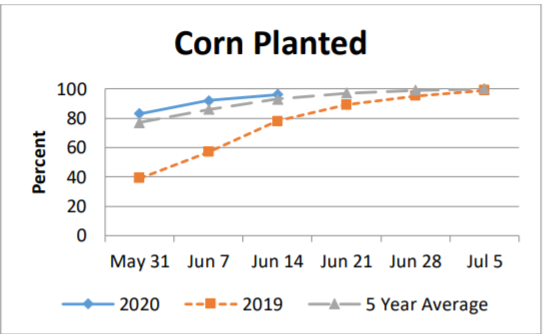 Soybeans are also doing well in both states. In Indiana, 85% of soybeans have emerged by mid-June. 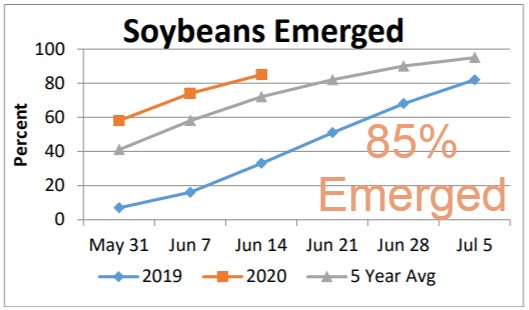 In Michigan, 95% of soybeans have been planted and 84% of them have emerged. 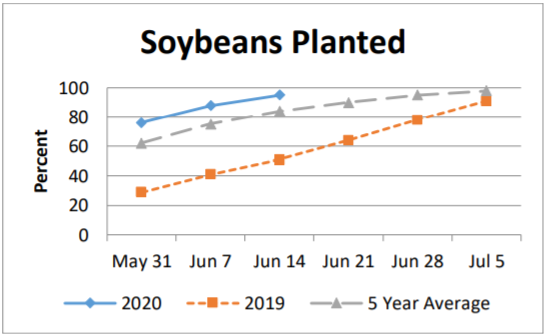 In June 2019, we had one extreme with excess rainfall. This year, the opposite, with almost no rain. For now, it seems staying dry has been better for crops, as they are ahead of schedule.

Later this season, we’ll see if the lack of rain will have any other impact on crops besides emerging earlier than average this June.