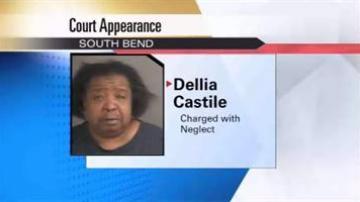 SOUTH BEND, Ind. -- The mother of a convicted murderer appeared in court on Thursday morning.

Police said she knew her son, Terry Sturgis, abused his kids and did nothing to help.

10-year-old Tramelle Sturgis died last November and a jury convicted his father of murder in May.

On Thursday, Castile's attorney asked the judge if she could sit in on witness depositions, but the judge denied the request.

The depositions are already over.

She is scheduled to go to trial on Oct. 1.