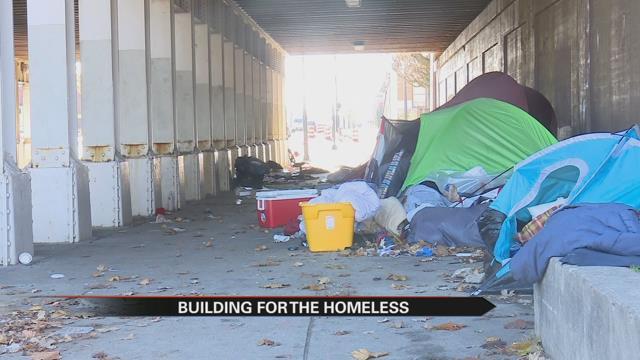 Code enforcement will clear out the encampment under the bridge as well.

“I knew this wasn’t going to last,” Phillip Hensley, who lives under the bridge said.

Hensley says he’s lived in the encampment since it started a few months ago, and he’s sick of some of the activities surrounding him.

Some say the encampment moved in, they’ve seen an increase in panhandling and littering.

One business even says people have been defecating in their stairwell.

“It’s a safety concern for all the groups involved,” said Suzanna Fritzberg, deputy chief of staff to the mayor.

The Kraz building was bought by Hope Ministries using some city funding for weather amnesty.

“The expectation is that the best place for these people to be is with a roof, heat and running water,” Fritzberg said.

However, the city says this is only a temporary solution.

It’s only a few blocks from the current encampment.

As for the Hensley, he’s spreading the word under the bridge that it’s time to move out into a warmer setting.