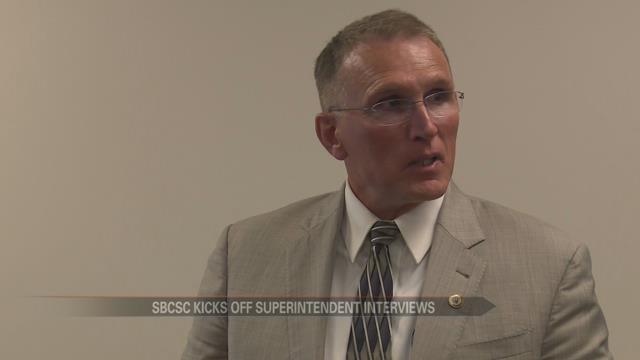 South Bend parents got a first look at one of the candidates that could become the next leader of the school district.

Michael Meissen is currently the superintendent of Plymouth Community Schools in Canton, Michigan.

It's a district similar in size to South Bend's, so he’s positive he’s the best candidate for the job.

"This stage of my career, with a demonstrative record of success as being what could be referred to as a transformative leader,” said Meissen.

This educator has been a Midwest native for most of his professional career.

He’s looking to settle down in Michiana in one of the area’s largest school districts.

"I really think there is a positioning with the community to really collaborate and work together around the schools,” said Meissen.

Wednesday, he laid out his time his as a superintendent for a several districts to the school board.

But a few parents in attendance say there are quite a few challenges the next leader will have to take on.

“We just have to work together and be there for our children,” said parent Tina Robinson.

Many invested community members wanted to work together with the school board on this search.

A few were disappointed they couldn’t ask the candidate questions and were concerned over why the finalists’ identities were withheld until Tuesday.

“In the absence of that happening I think there’s a question about how serious they really are about their statements of community involvement,” said community leader Darryl Heller.

The board is just two candidate interviews away from closing in on the end of this search.

So many folks in the community vow to pay close attention to who this board feels is best fit to lead the district.