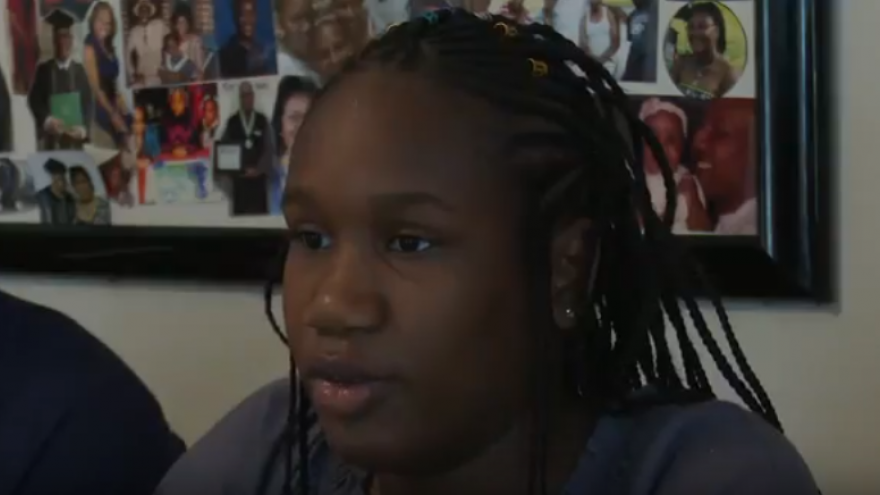 SOUTH BEND, Ind. --- An eighth grader at Jackson Intermediate Center is speaking out about bullying in the school, her parents said they want justice for their daughter.

Kyaris Hasan said she was beaten up on the last day of school at Jackson Intermediate by a fellow student.

“She snatched me from behind and started beating me on my forehead,” Hasan said.

Her father, Julian, said once she got home she had blood rushing down her face and the front of her shirt. He and his wife, Simore, said they want an explanation and action to be taken by both the school and South Bend Community School Corporation.

“We started calling people, we started sending out emails,” Hasan’s father said. “We did all of this and nothing has happened.”

Hasan’s father said they have not gotten a response from the middle school or SBCSC.

Hasan’s father said he reached out to the Mayor’s Office for help. Mark Bode, from the Mayor’s Office, said the family did call and were told by their office that they would pass along their request to the Superintendent.

Hasan and his wife are ready to lawyer up.

“We’re going to sue the South Bend Community School Corporation because we feel they are allowing this bullying culture.

Sue Coney, with SBCSC, said they are taking this situation very seriously. According to the SBCSC’s bullying policy, it is “strictly prohibited and will not be tolerated.”

The policy goes on to state that students who are caught bullying are subject to disciplinary action including expulsion.

“I’m wondering are they going to wait until another child’s life is taken before they choose to do something this is a serious matter,” said Hasan’s father.

A serious matter that Hasan said will most likely continue into the next school year coming up on August 16.

“Nothing has happened and nobody has done anything, like they don’t care,” Hasan said.