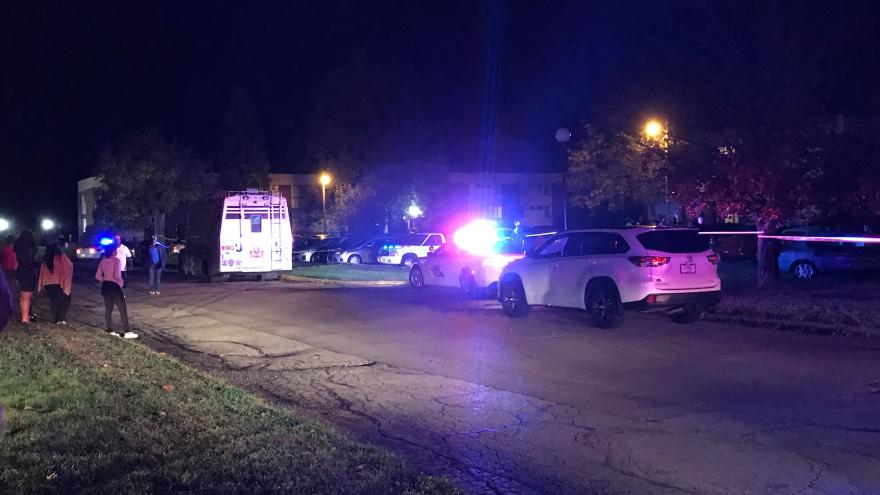 ST. JOSEPH COUNTY, Ind. -- A third person has been charged in the murders of Malik Balderos and Ricky Kinds Jr. at the Waterford Glen Apartments last October, according to the St. Joseph County Prosecutor's Office.

Dawson was charged on April 7 and arrested April 15 in Bloomington.

Two others were previously charged in this case.

Darius Jamal Vaughn, 20, has been charged with aiding, inducing or causing murder and conspiracy to commit murder. He is also facing a gang sentencing enhancement.

Court documents say the murders were part of an ongoing feud between the West Side and East Side gangs.

On October 22, just before midnight, South Bend Police were dispatched to the apartment complex for reports of shots fired and two men down, reports said.

When they arrived, police located ballistic evidence outside the apartments and a large amount of blood evidence inside the apartment as well as two men with gunshot wounds, according to the probable cause affidavit.

Investigators say Balderos and Kinds were associated with the East Side gang, the probable cause stated.

Evidence collected from the scene showed at least eight weapons were fired at the scene. Seven were handguns and one was a rifle.

In reviewing Dawson's phone records, a device connected to his phone number was present at the Waterford Glen around the time of the double homicide, reports said.

Another suspect in the homicide told police on the day of the October 22 shooting, he and several friends were at a vigil mourning a West Side associate killed in October, when they all got into vehicles to search for East Side members, reports said.

They made their way to Waterford Glen where Dawson and several others fired their guns towards the apartment that had several East Side members inside, including Balderos and Kinds, according to the probable cause affidavit.

The suspect told police Dawson was one of the men who fired shots.

Dawson is scheduled to be arraigned on Friday.