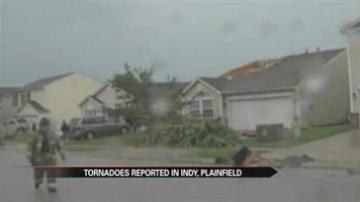 The storm then headed into Indianapolis.

City Public Safety Director Troy Riggs says emergency officials have received reports of damage to houses and  trees with power lines down on the southwest side of the city.

The storm then headed to the north side of Indianapolis.

Behind on testing, Texas tries to be first to reopen