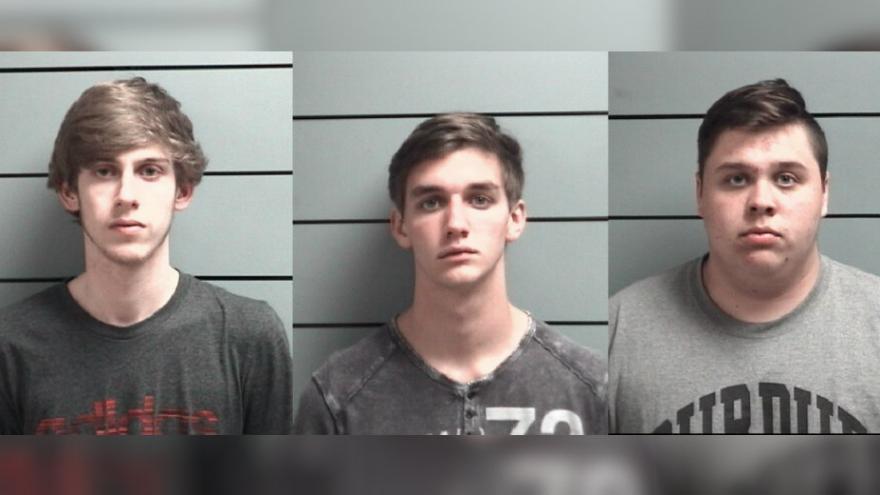 BOURBON, Ind. – Three 18-year-olds were arrested for allegedly being in possession of a multitude of drugs and paraphernalia early Monday morning.

Marshall County Police say an officer made a traffic stop on a blue 2010 Audi in the area of U.S. 30 and Beech Road for speeding.

The officer reported smelling the odor of marijuana coming from the vehicle.

According to officers, a search of the vehicle allegedly uncovered:

Three of four passengers in the car, Colten Bailey, Mitchell Vongunten, and Garrett Millhouse were arrested and processed at the Marshall County Jail.