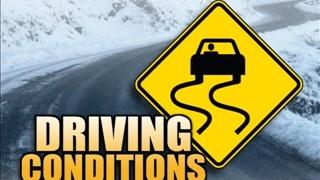 A travel ban is now in effect for parts of the Toll Road. All triples, long-doubles, high-profile oversize permit loads & steel haulers will have to stay off the Toll Road between Portage and Angola until 8:00 a.m. Thursday.

It comes after several accidents involving semis, including one that shut down both eastbound lanes at mile marker 46 near Michigan City Wednesday morning.

Indiana State Police say that stretch of the road between mile markers 42 and 48 was hit hard by lake effect snow. At least three semi accidents occurred in just a few hours.

Officials are urging all drivers to use caution.