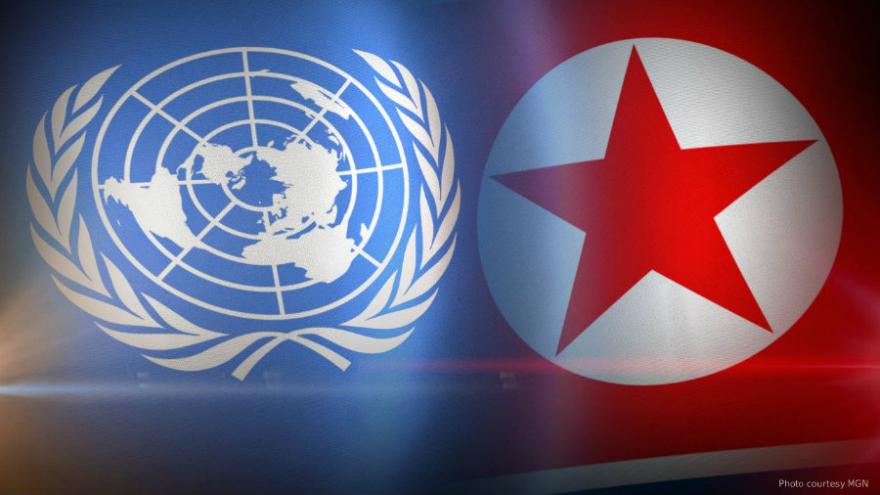 The report was authored by a panel of experts investigating North Korea and has been sent to a UN committee on North Korea. CNN has obtained key sections of the report from a UN diplomat who is not authorized to speak publicly.

CNN has not reviewed the entire document.

Despite numerous rounds of international sanctions, North Korea exported almost all the commodities that had been prohibited in the resolutions between January and September of last year, the report indicates.

It also indicates that North Korea exported coal to China, Malaysia, Russia and Vietnam, in addition to falsifying‎ documents to conceal the origin of the coal.

Investigators also suggested that Pyongyang has supplied weapons to Syria and Myanmar.

A series of increasingly strict resolutions were passed at the UN Security Council against Pyongyang in 2017, in response to the rogue regime's repeated weapons tests.

North Korea has for years used deceptive shipping practices to bring in money and goods for the regime. But its fleet has come under increased scrutiny as the United States has looked for new ways to punish the Kim regime.

The issue of ship-to-ship transfers was brought up several times at a summit on North Korea in Vancouver last month. US Secretary of State Rex Tillerson said that more was needed to be done on the issue of maritime interdiction operations when it comes to stopping sanctions violations.

"We must put an end to illicit ship-to-ship transfers that undermine UN sanctions," he said.