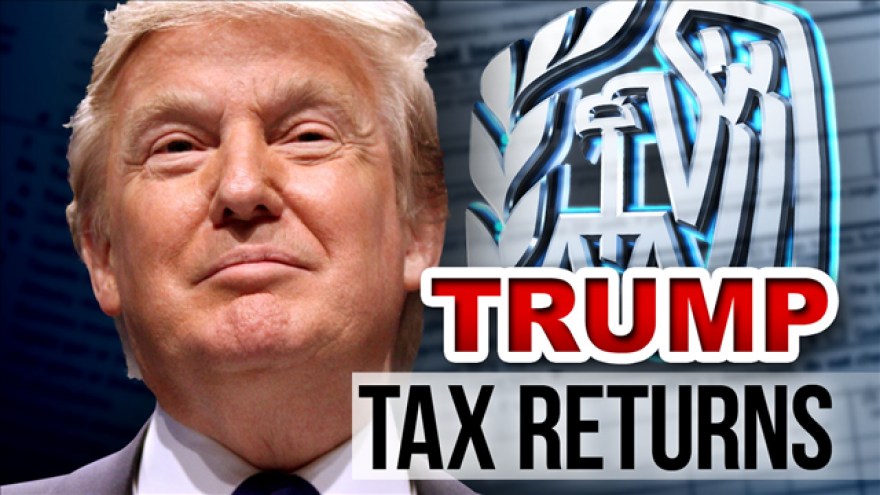 WASHINGTON (CNN) -- The White House said Tuesday President Donald Trump earned more than $150 million in income and paid $38 million in taxes in 2005 even after taking into account large scale depreciation for construction.

The White House put the information out ahead of an anticipated MSNBC news report about the returns.

The $38 million was in addition to "paying tens of millions of dollars in other taxes such as sales and excise taxes and employment taxes," a White House official said.

"You know you are desperate for ratings when you are willing to violate the law to push a story about two pages of tax returns from over a decade ago," the official said Tuesday.

Trump had promised during the presidential campaign to release his returns -- which every presidential nominee in modern times has made into a precedent -- after the conclusion of a routine audit, but the White House has not spelled out when exactly that would be. More recently, aides have suggested that since he won the election, he would not release his returns.

Hillary Clinton and Trump's Republican rivals during the presidential election sought to turn the returns into a campaign issue, but failed to create enough pressure to force their release.

In October, The New York Times obtained a single year's return anonymously that showed that Trump declared a $916 million loss and lists tax benefits he used after a turbulent financial period for him in the early 1990s. The paper, citing tax experts, said Trump could have used his loss to cancel out an equivalent amount of taxable income for nearly two decades.